If you have been charged with Driving Under the Influence (DUI) or Driving While Intoxicated (DWI), it is important that

The Law Office of Ronald A. Ramos represents individuals charged with possession of drug paraphernalia including possession of marijuana. We

Could Everyone Be Wrong?

Would you consider it possible that every municipality that enforces traffic law in Texas is in horrendous violation of that very same law? This is
insane. Of over 6.6 million traffic citations written each year, only those written by the Texas Department of Public Safety are legal.

The Interim Report of the 85th Texas Legislature expressed concern about COMMERCIAL MOTOR VEHICLE STANDARDS & ENFORCEMENT expresses concerns that those cities authorized to enforce the traffic code are not properly reporting their activity and not forwarding the required funds to the state:

Provisions in the Transportation Code 644.102 stipulate that the monies collected from the fines associated with the citations can be retained by the city or county to recover their costs of enforcement. In each fiscal year, a county or municipality may retain fines from the enforcement of this
chapter in an amount not to exceed 110 percent of the municipality’s actual expenses for enforcement. A municipality or county sends to the comptroller
the proceeds of all fines that exceed this limit, and the comptroller then deposits the remaining funds to the credit of the Texas Department of
Transportation. It is up to the local authority to determine and report its cost of enforcement. In contrast, when DPS tickets a truck driver for a
violation a portion of the money generated by fines stays in the county in which the ticket was issued. Since 1997 the comptroller’s office has received a total of $569,960.09 in excess motor carrier fines from 9 cities. Most of the cities and counties collecting these fines have never remitted any money back to the state.

Recommendations
Ensure that commercial motor vehicle enforcement is being conducted for public safety purposes and work with the State Comptroller’s office to ensure that collected penalties are properly remitted.
Require objective criteria as a demonstration of the need to accompany requests for local authorities to be granted CMV enforcement.

They think the municipalities enforcing the code are cheating. Would municipalities actually cheat? Of course, they would when they have good reason to believe they can with impunity. And, where do you think those cities that actually reported got the half a billion dollars they turned in?

Have you ever heard of a Photo Blocker Spray or traffic camera license plate cover? You can be sure to see these products increase in popularity as the war against unjust traffic tickets soar.

Many people today have been a victim of the trap of a red light camera. No matter where you go, there always seems to be a camera around. They are at red lights to take a picture if you happen to go through a yellow light that turns red. 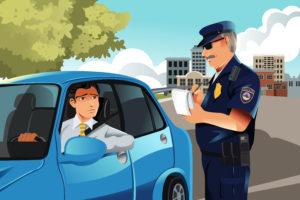 Although increasing in number, many motorists are not aware that these traffic cameras are mostly owned by private security companies that benefit from operating cameras in municipalities.

On the other hand, most people do not know these private companies rake in great revenue when they catch someone on camera breaking the law … or so they say they have broken the law.

Many cities have been found guilty of altering the time the yellow light remains, which results in violations for many people. That means more money coming in. This privatization income has increased not only for themselves but for the subcontractor as well.

The main reason behind these cameras is said to be for security. There is an argument that drivers have often rear-ended someone trying to avoid these cameras at a red light.

These camera traps are known for making a lot of mistakes at the expense of drivers. But for local police, it is a great way to increase revenue, as well at the subcontractor benefitting.

The private security company provides a camera for each location, and when a driver runs through a red light, their registration is recorded and they are issued a citation. While the actual rate that the subcontractor charges can vary greatly. In most cases, a greater percentage of the fee is for them. This makes a lot of money for the subcontractor. The cost of a unit may be the reason for the rate of increase in traffic fines seen today on the national level.

These camera traps are popping up everywhere, especially in urban areas where there are large amounts of traffic. When it comes to security there are many who contend that these traps are for security, but many others claim it is just another way to make more money.

For many, these cameras are considered a nuisance. In many cases, there is a high error rate resulting in traffic tickets that the driver has little chance of winning. For this reason, many companies offer ways to make your plate more difficult to capture on film with a Photo Blocker Spray and license plate covers.

The spray photo blocker and license cover plate create a “Fog” when photographed and do not give the camera a clear picture. When the camera flashes, making the real image blur, it can not be read accurately and a ticket can not be issued.

These are some options you have when trying to make it harder for the camera to capture your license plate number and they are increasing in use.

Manufacturers encourage that these products are not abused, but want to protect drivers of being unfairly caught on film.

It is good to know that there are some options to combat these unfair traffic violations.

Being injured in a motor-vehicle accident during your travel to a distant recreational place is not an unlikely event especially in the summer season when the US interstates get busier than ever.

Breaking the speed limits, engine and ignition problems as well as other mechanical issues are among the main reasons why so many vehicle accidents occur on a daily basis. When driving a recreational vehicle or a van, though, you must be extra cautious from the very beginning as those two are definitely not so easy to control and maneuver as other automobiles.

Recreational vehicle lawsuits and settlements. Unfortunately, sometimes, no matter how experienced and attentive you are, accidents just happen due to the negligence of another and there is nothing you can do to avoid being involved in a recreational vehicle crash. Every year more than a thousand US citizens become fatal victims of such accidents through no fault of their own and almost 100,000 more go through a personal injury treatment as a result of a motor home or a caravan crash. It’s how life goes, misfortunate unexpected road accident events may happen on every corner and you can do nothing to avoid them. What you can do, however, if you happen to be personally injured is to seek for justice and insist on compensation from your insurance company for the missed job opportunities, expensive medical treatment, and post traumatic pain and suffering that you had experienced after an RV crash.

How can an RV injury lawyer help you?

In order to do that you will most likely require the legal aid of an expert RV injury lawyer. Some expert post-injury recovery legal assistance is what you will really need to settle for the highest amount as the majority of all lawsuits filed in civil court are settled prior to the trial. Do not get tempted to accept the nice initial offer of your insurance company right after the recreational vehicle accident. They may try tricking you into signing a cheque for an amount totally unfair compared to the struggles and pain you have gone through. A reputed personal injury lawyer will be able to give you an adequate estimate once he gets familiar with your case and will help you get more money without going to court. If you stand good chances for a trial he may also advise you to get involved in one and win even a better amount of money, that will not only help you repair all the damages, pay your medical expenses and mental recovery but will also provide you with some extra resources to live better and feel financially secure about your future.

Find the best accident attorney through us!
If you are looking for an expert RV litigator but you know none in the area call us and we will instantly redirect you to a legal specialist that had won many cases like yours throughout the years or a law firm that had proved to serve the legal needs of the society for a considerable number of years.

Latest On The Blog!!!